I would like to thank the folks at Flux for providing me with an ARC copy of this novel for an honest review, murr! =^.^=

Three went in. Three came out. None even a shadow of who they once were.

When their car breaks down, Dee, her boyfriend Luke, and his brother Mike walk through a winter storm to take refuge in a nearby town called Purity Springs. When they arrive, the emergency sirens are blaring and the small farming town seems abandoned. With no other shelter, they spend the night in an empty house.

But they soon discover that not everything in Purity Springs is as it seems. When the town’s inhabitants suddenly appear the next morning, Dee, Luke, and Mike find themselves at the mercy of the charismatic leader, Elijah Hawkins, who plans to make Dee his new wife. Elijah’s son, Joseph, offers to help them escape . . . but the price of his help may be more than Dee and her friends can bear.

Fans of YA Horror/Thriller novels are going to enjoy this book, there’s no question on this, murr! If you are looking for a story that will curl your whiskers and make your fur crawl, than this is the book for you. Creepy doesn’t even begin to cover it. Get ready for a psychological thriller that’s going to leave you squirming in your seat and turning the page wanting more.

Before I get to my review, I want to make a small warning that this write up may contain a spoiler or two. Usually I’m not the type of feline who doesn’t like to give away things in the book, but it’s a challenge with this one, especially given my initial comparison to a particular horror movie. So having said that, consider reading with caution from this point on.

The first thing that drew me to this book was the cover art, followed closely by the synopsis. Three teens break down on the outskirts of what appears to be an abandoned town that has warning sirens blaring? Yup, I was sold. I wanted a creepy read leading up to Halloween and this sounded perfect. And I’m happy to say that Leaver and Currie succeeded in giving me the shivers with this book. Can we say Children of the Corn? Yeah, it’s like that, only not with kids. Suffice it to say, I do not want to ever spend time in Purity Springs!

I’m just going to say it, Elijah is a seriously f’d up person who knows how to manipulate and terrorize even the strongest of individuals. I both loathed and loved him at the same time. He’s everything I don’t ever want to see in an individual and yet probably one of the most fascinating characters I’ve read this year. He stole the show in my opinion and was the best character in the entire story. Normally, I’m not keen toward liking the antagonist, but there’s always an exception, and Elijah’s it. As for the main characters, Dee, Luke, Mike, and Joseph were all interesting, but they didn’t feel as strongly developed as Elijah. They weren’t flat, but they didn’t really stand out either. Yes, I felt bad for them given everything that happened, especially the mind trip that Dee was put through, but I would have felt that way for anyone. They could have been any group of random teenagers. Now, the fact that I looked at these four as being akin to anyone in the world made it easier for me to sympathize on a psychological level with them. There is no way I could have gone through what they went through and come out with even half my sanity intact. Just reading about it all left me twitching.

And that leads me to the next thing I want to highlight, both Leaver and Currie know how to write some seriously intense, vivid scenes. There were several moments where I had to put the book down and walk away either because I was turning a bit green around the whiskers or because I needed a break from the psychological mind trip. But I didn’t stay away for long, I couldn’t. This book pulled me in and wouldn’t let me go. No matter how tempted I was to stop reading because I was finding it difficult to handle certain scenes, I had to see what was going to happen to everyone and just how far things were going to go. I may not be fond of blood, guts, and gor, but I will admit that I, like most felines, find it hard to look away during scenes like those found here in this novel, murr!

So what was it that didn’t work for me? Why, if I delighted in the chills that this book caused did I not give this story a higher rating? There are a couple of reasons. The first was that this was a fast read, a bit too fast. The action was relatively non-stop, and while one might argue that this is a good thing because it keeps the reader engrossed in the story, it can be detrimental at times, and this was one of those moments. Why? Because I felt like the authors could have taken more time to explain and develop the plot more. This read more like a movie script than a book to me. Yes, it pulls you in, yes, it plays with your mind, but that’s all it does. It doesn’t really explain things, not fully. There were several elements brought in to the plot and scenes that I felt could have benefited from being given more development. The book felt rushed, and while it can be argued that it fits with the thriller aspect of the story, I was left at the end with a feeling that I’d been cheated a bit. Having said that, this story would make one hell of a movie!

Another problem was that the characters, with the notable exception of Elijah, didn’t do anything for me. As I mentioned earlier, Dee, Luke, Mike, and Joseph could have been any random teenagers. I didn’t like them and I didn’t hate them, they were all just meh. Yes, I sympathized with them psychologically, but I couldn’t connect enough with them as individuals to really care what happened to them in the end. If they lived, great. If they died, okay. I honestly didn’t care one way or the other.

And as for the ending itself … For the sake of not wanting to spoil things, all I’m going to say is I really wish the authors had written it differently. Sigh.

Still, I have to give Leaver and Currie purrs and tail waves of appreciation for writing one seriously twisted, psychologically messed up novel. You can bet that I will anxiously be waiting to check out the next book these ladies decide to write together, murr!

Trisha Leaver graduated from the University of Vermont with a degree in Social Work. She is a member of the SCBWI, the Horror Writers Association, and the Cape Cod Children’s Writers. 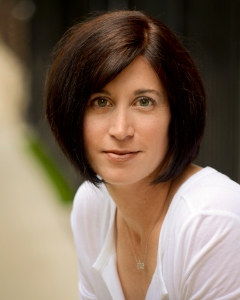 Lindsay Currie graduated from Knox College in Galesburg, IL with an English Literature degree. She is a member of the SCBWI, the Horror Writers Association and a contributor to the YA Scream Queens.

Would you like to win a copy of Creed, along with a Creed Swag Package? Click on the Rafflecopter link below for your chance to enter the giveaway associated with this event:

Posted on October 29, 2014, in Book Reviews. Bookmark the permalink. Comments Off on Sara’s Review of Creed by Trisha Leaver & Lindsay Currie.